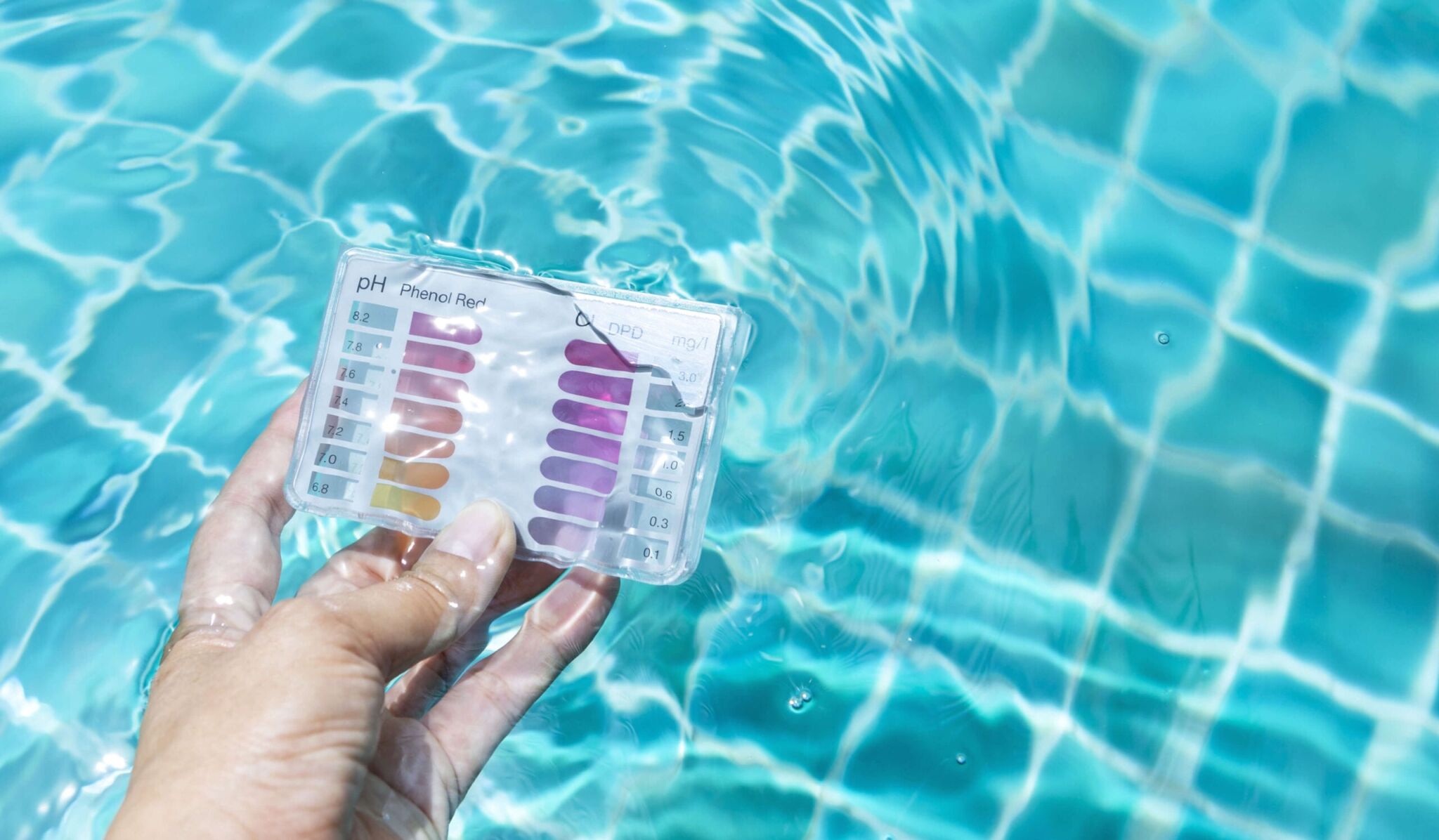 A common pool service household name, cyanuric acid is now in the toolbox of most residential and commercial pool service professionals who are servicing outdoor pools.

Since it’s invention in 1829, cyanuric acid has been revered as magical, invaluable and essential to keeping chlorinated pools clean and sanitary. At the same time it is labeled as misused, misrepresented, controversial and dangerous. To illustrate this contradiction, some health inspectors insist on the use of cyanuric acid and some health inspectors restrict its presence in public pools.

How can this be the case among so many experts? Let’s take a deeper dive on the benefits and misconceptions of cyanuric acid.

Cyanuric acid, as it’s name suggests, is an acid.  Albeit a weak acid, it is commonly sold as white crystalline powder, which is able to dissolve in water and has little overall effect on a pool’s pH.  It is commonly referred to as a chlorine stabilizer or conditioner, forming a weak and temporary bond with chlorine. This means it will chemically hold onto free chlorine in the water and protect it from the sun’s UV rays until the chlorine is consumed for oxidation or disinfection of material in the pool.

The primary benefit of cyanuric acid in pools

A chlorinated pool with cyanuric acid will remain chlorinated in direct sunlight, whereas without a stabilizer, chlorine will dissipate and leave the pool unprotected without free chlorine in a matter of hours. Most important, cyanuric acid will not be consumed in this helpful work and will, over time, start to build up in pool water.

Cyanuric acid is a miracle worker in many ways. It has allowed the typical homeowner, HOA and pool service professional to manage a pool’s water chemistry with less effort and with higher consistency. Allowing for weekly water maintenance instead of daily has created an opportunity for service companies to take care of more pools with less hassle and emergency house calls.

Overall, the market for cyanuric has exploded creating a $300 million a year business.  Unfortunately, the misconception of “if some is good, more is better” has perpetuated throughout the industry and could not be farther from the truth.  Let’s investigate the practical science of why this is the case and why the importance of cyanuric measurement is critical in keeping our pools clean and safe.

Chlorine’s potential to oxidize, often measured as oxidation reduction potential (ORP), is a good indicator of the effectiveness of chlorine to oxidize and sanitize swimming pool water. 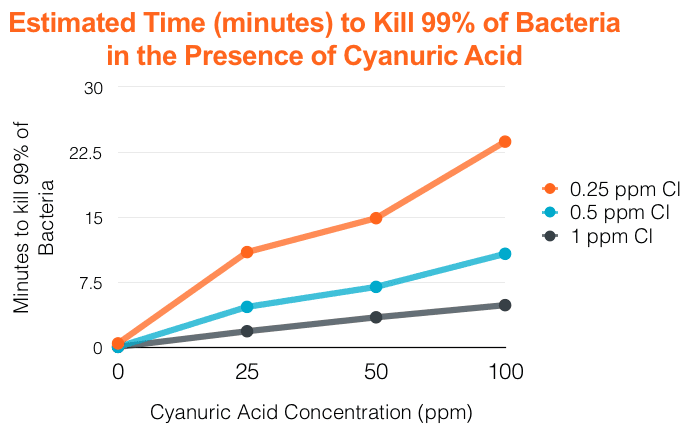 Furthermore, at high levels of cyanuric acid, chlorine is rendered ineffective in killing the most dangerous microorganisms in the water: Cryptosporidium parvum.

Cryptosporidium parvum, or “Crypto” as it is commonly referred to, is a chlorine resistant microorganism that causes gastrointestinal illness, similar to that of Giardia, that reproduces in the gut of humans. Crypto has a strong and durable outer shell that allows it to also survive outside of the human body, is spread through drinking water or swimming pool water, and is tolerant to a wide range of chlorine concentrations.

Every year, thousands of documented cases of cryptosporidiosis occur in public swimming pools, mostly originating from fecal matter. When a suspected case of Crypto occurs, the Centers for Disease Control (CDC) recommends that the free chlorine concentration to 20 ppm for 32 hours to inactivate 99.9 percent Crypto in the pool (CT=15,300 mg*min/L). However, the CDC recommendation does not include the level of cyanuric acid that can, and in most cases is, present in outdoor pools.

Recent CDC research presented at the October 2015 World Aquatic Health Conference demonstrates that even at cyanuric acid levels as low as 10 to 20 ppm, the current recommended remediation protocol is not adequate to inactivate the necessary 99.9 percent of Crypto in pool water. It also concludes that additional methods and secondary sanitation systems to protect swimmers from fecal accidents are desired.

Responsible training and education on the benefits and misuse of cyanuric acid is critical.  Poolside kits that can accurately test for cyanuric acid are available commercially although are underused or not used at all. Although more people are becoming aware of the consequences of high cyanuric levels, it is still not measured to the degree of other water constituents, like free chlorine.

What happens when your cyanuric acid level is too high? It is simple — the only reliable method to remove cyanuric acid from swimming pools is through draining/dilution or removal through reverse osmosis.

Nick is an accomplished microbiologist with more than 10 years of experience in emerging water technologies, industrial microbiology and commercialization of public/private ventures. In addition, he is the author of multiple patents and led microbial bio prospecting expeditions in extreme environments. A frequent speaker in the pool industry and the university technology and startup accelerator spheres, he is a thought leader in several areas of the water energy nexus and business strategy. Nick holds a BS in Microbiology from the Colorado State University and is fluent in English and Spanish. 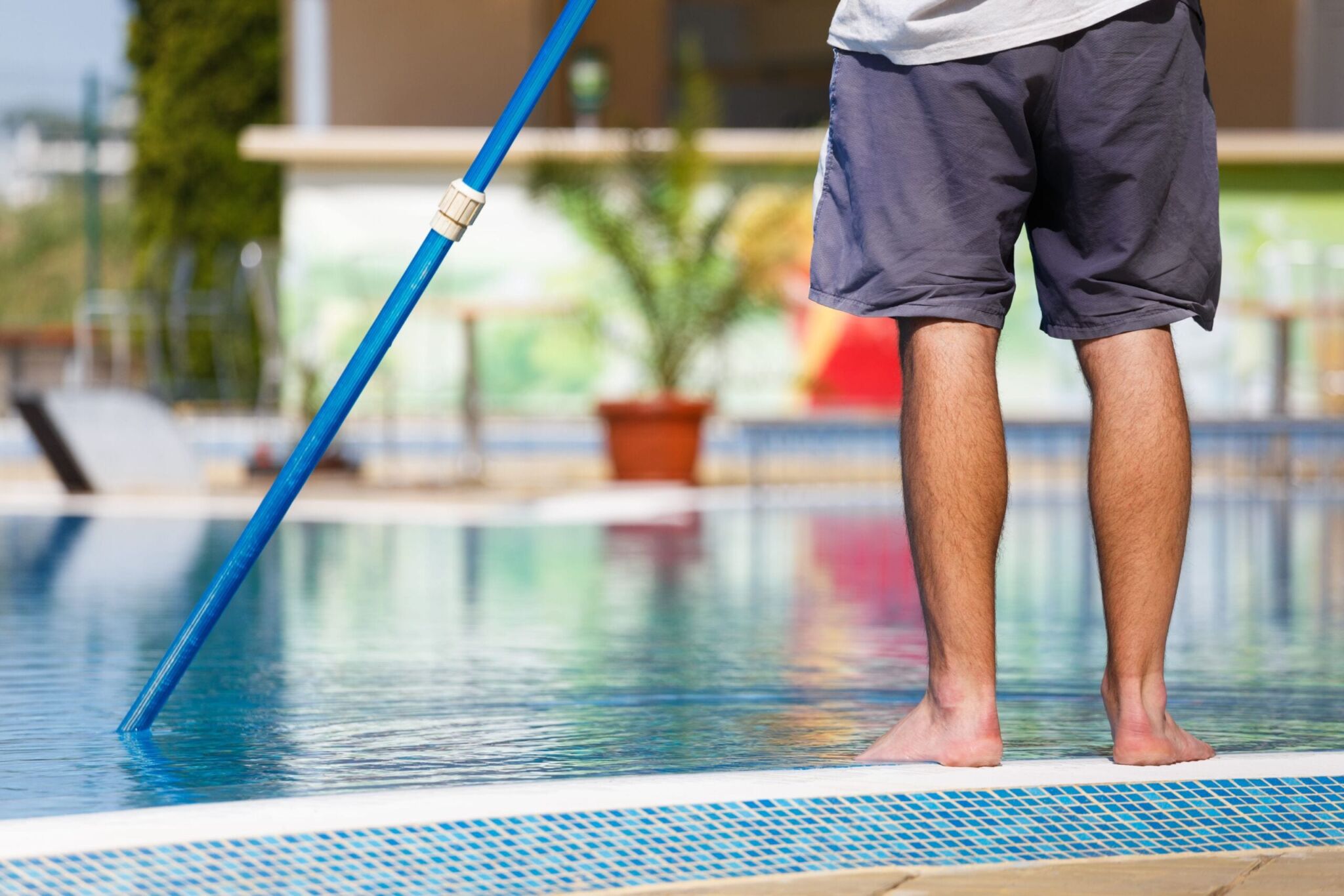 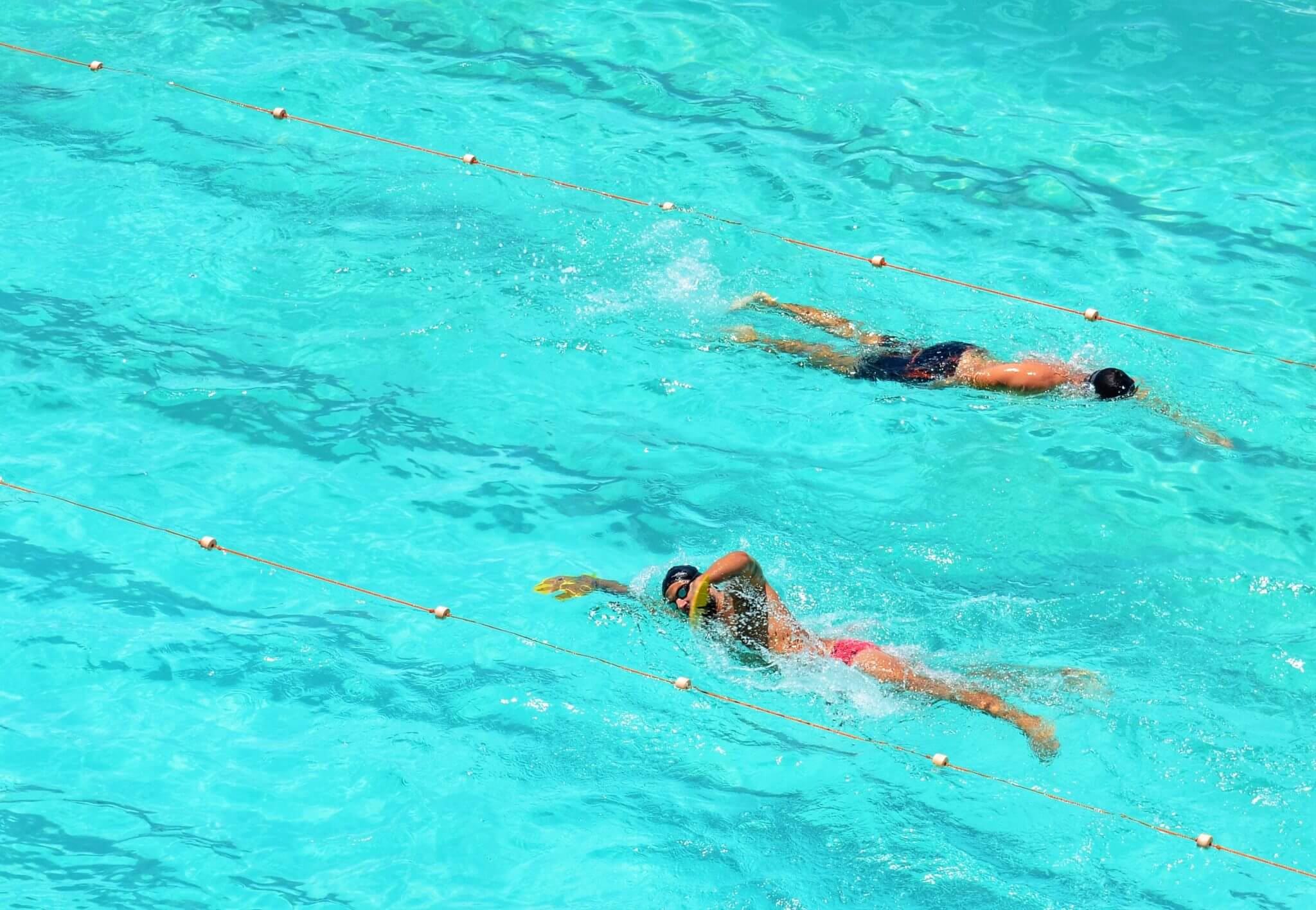 Aquatics
Many public pools aren’t up to snuff: CDC report

Aquatics
A day in the life of an Aquatic Director 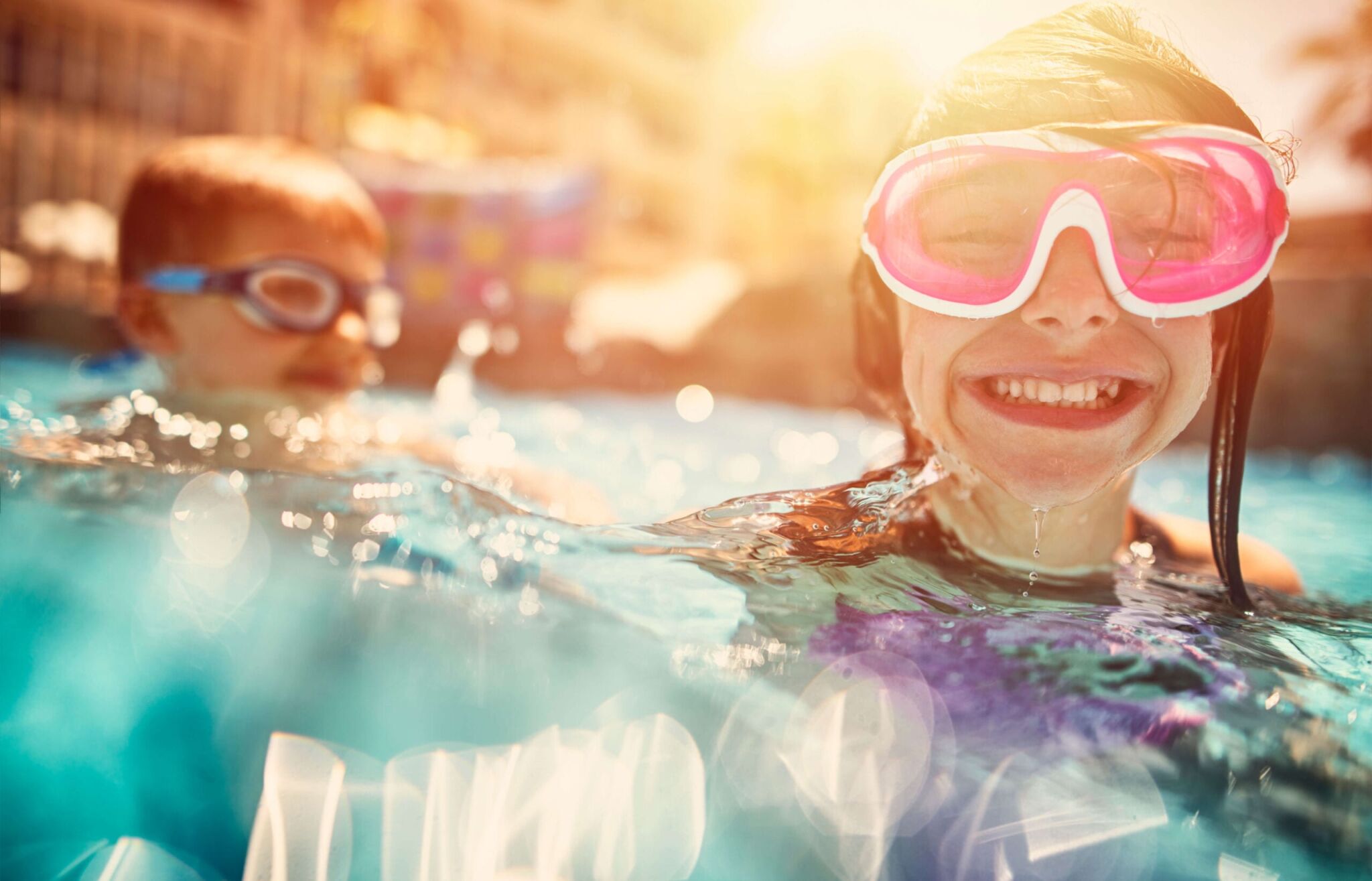