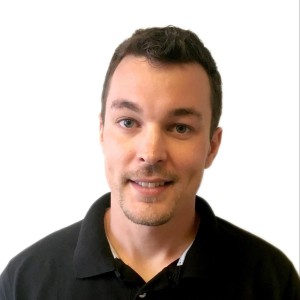 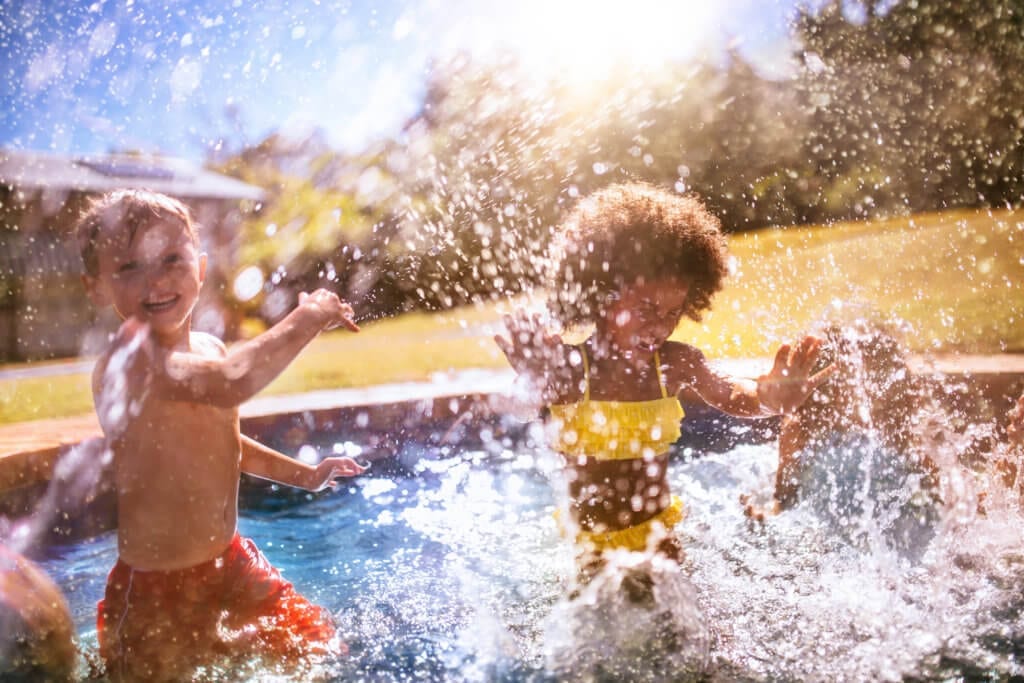 In recent years technology has improved many things, from the way we communicate to the way we do business. There have been major changes in almost every aspect of society, but some industries have been slower to adapt than others.

For the most part, the pool and spa industry remains largely the same as it has been for decades. Chlorine, salt water chlorination and ultraviolet light, or UV, make up most of the disinfection methods available on the market today, just as they did in the 90s. The reason for this is not a lack of innovation, but an unwillingness to embrace change.

New Innovations in the Pool Industry

With the advent of technology like hydroxyl-based Advanced Oxidation Process, or AOP, pools and spas are now able to dramatically improve their water quality, reduce chemicals and reduce labor and maintenance in a system that is better for the environment and better for personal health.

The only thing holding AOP back from becoming the new standard in pool treatment are people within the industry who are suspicious of new solutions and resistant to change in their field. In short, they are old dogs who won’t learn any new tricks.

The Impact of Change

Time and time again we see that when businesses are too slow to embrace positive change, a new technology takes off and disrupts their entire industry. This happened with retail, as e-commerce companies like Amazon have changed the entire nature of shopping, and it’s happening with the television and film industries, as companies like Netflix change how people consume entertainment.

Even some of the companies that were most dominant historically have been left behind because they relied on old business models and “tried and true” methods. But many of the tried and true methods of today will eventually become outdated, which is why it’s important to understand new technology before it reaches mass adoption. Otherwise, the companies that are too slow to change will be left behind, as they have been in the past.

A Brief History of Pool Treatment

Over the last century, pool treatment technology has evolved. As pool operators began to realize that filtration and frequent backwashing alone were not enough to keep pools sanitary, they began to adopt new methods.

Chlorine was first produced in 1774 by Carl Wilhelm Scheele, a Swedish chemist, when he combined the mineral pyrolusite (MnO2) with hydrochloric acid (HCl). However, chlorine wasn’t used in pools until 1910 when Brown University made the first attempt to sterilize a pool with chlorine. Since then, chlorine has remained the primary disinfection method used in most pools around the world. While it’s cheap and effective, chlorine can combine with other chemical compounds to create chloramines, which cause irritation of the eyes and skin and can be bad for respiratory health.

Ozone was first identified in 1840 by Christian Friedrich Schonbein, a German scientist. In 1906, the first water purification plant was built that used ozone to purify drinking water and municipal wastewater. In the 1960s, Europeans began adapting ozone water treatment to swimming pools, and eventually, the United States started using it as well.

Ultraviolet light, or UV, has been known to neutralize bacteria and viruses for almost a century. While UV pool treatment has become popular over the last 20 years, it has had mixed results in swimming pools because of the difficulty and expense of maintaining and operating UV systems.

Saltwater pool treatment was discovered during the 1960s in Australia and started being used in the U.S. during the 1980s. Since then it has grown in popularity, replacing many traditional chlorinated pools. However, saltwater pools are not an alternative to chlorine, since they actually produce chlorine, but in a different way. Since saltwater pools can be corrosive and cause many of the same problems as typical chlorinated pools, they are beginning to fall out of fashion with many pool owners.

Advanced oxidation processes, or AOPs, were first defined in 1987 and have rapidly evolved since then. AOPs produce hydroxyl radicals (OH-) which are highly reactive oxidizers that can be used to sanitize pool water more effectively and efficiently than other systems, allowing pool owners to drastically reduce their chemical use. Many AOP pool systems combine ozone and UV to produce hydroxyl radicals, which are much more powerful as a disinfectant compared to ozone or UV alone.

AOP has been growing in popularity among pool experts, but have not yet reached mainstream adoption because many don’t understand the science behind them.

While some in the industry believe that hydroxyl radicals cannot be produced without ozone, this is no longer true. In the past, ozone was essential to producing hydroxyl radicals, but newer technologies have since been developed, such as the Clear Comfort systems.

These new-age AOP pool systems can produce higher concentrations of hydroxyl radicals without any ozone production. Hydroxyl-based AOP systems treat ambient air by converting it into atomic oxygen (O1), which is directly injected into the pool water. This creates a natural chemical reaction that creates a high production of hydroxyl radicals that oxidize contaminants in fractions of a second. This patented pool treatment method has been independently proven to kill up to 99.99 percent of Cryptosporidium, a chlorine-resistant waterborne parasite.

The hydroxyl radicals powerfully oxidize contaminants in the water without creating any toxic ozone gas, which can corrode pool surfaces and equipment. Unlike ozone-UV AOP pool systems, hydroxyl-based AOP pool systems don’t require any complicated maintenance because there are no underwater UV lamps to replace and they can operate with one system – as opposed to two separate systems.

The Future of Pool Sanitation

While most pool owners will continue to use chlorine as a residual sanitizer, AOP pool systems allow pool owners to reduce their chlorine demand to a fraction of what it was before. The more people start to understand the benefits of this innovative technology, the more mainstream it will become until it’s the standard in pool sanitation technology.

PrevPreviousWhy is Swimming Pool Circulation Important?
NextHappy Earth Day: Why Sustainable Pool Treatment is Easier Than You Might ThinkNext 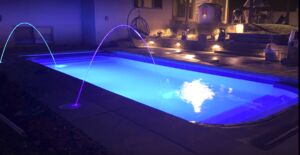 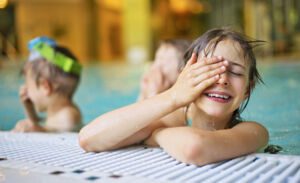 How Low Can You Go? 3 Ways to Lower Combined Chlorine in Swimming Pools